Sailing across the endless sea, cruise tours offer wonderful trips throughout the world. A special day with an excursion on shore, as well as a joyful time on board, adds to a pleasant memory to your trip.

Fun awaits you in Korea, a peninsula in northeast Asia, which is surrounded by three different seas. Create special memories in the country that has about 5,000 years of history, abundant tourism resources, and beautiful nature. What’s more, it is a place with delicious food, and it is the epicenter of hallyu or Korean pop-culture, which has become popular worldwide.

Korea is an ideal destination for cruise tours with ports and terminals in Jeju, Incheon, Busan and Yeosu, as well as ports that can accommodate large cruise ships in Sokcho and Donghae. 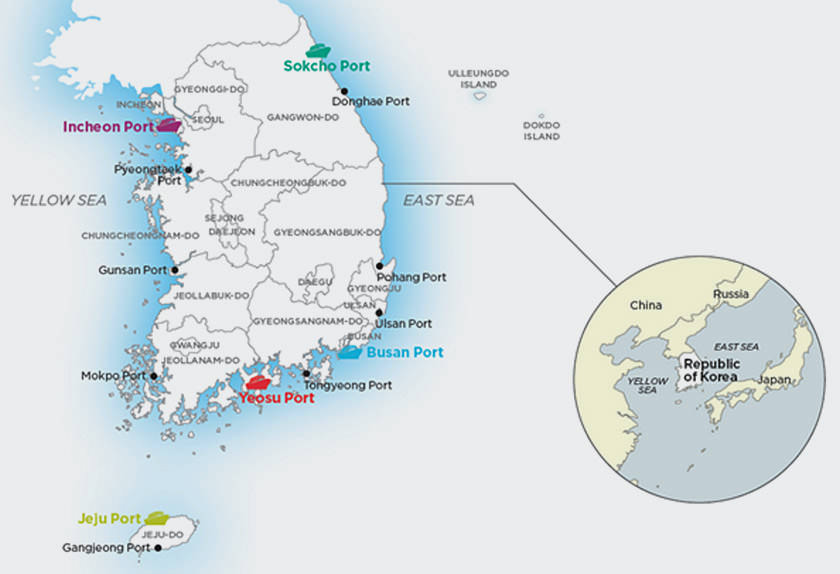 A volcanic island listed as a UNESCO World Heritage Site

Jeju-do Island is a popular holiday destination featuring Hallasan Mountain, 360 parasitic volcanoes, solidified lava flows, a vast blue ocean, bizarre-shaped stones, and fine sand. The island offers a very unique and magnificent landscape of long palm trees and tropical fruits, set against a unique background of black volcanic rocks. It is also annually the No.1 vacation destination for Koreans, and more international visitors have been coming to Jeju-do since its designation as a Unesco World Natural Heritage site in 2007. 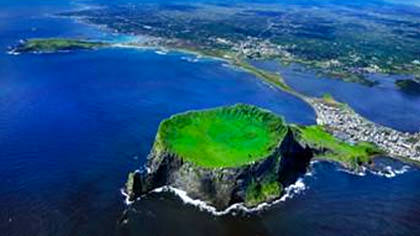 Korea’s second largest city and its most beautiful coastlines

Busan is an urban and vibrant port city. It is home to Haeundae Beach, the No.1 summer holiday destination in Korea, which includees luxury hotels on a beautiful coastline, bustling shopping districts, and exciting entertainment areas. Busan is also home to the world’s largest shopping complex, Shinsegae Centum City Department Store, which has made the city a mecca for shopping in Asia. Its urban landscape is filled with brightly-lit skyscrapers that come alive every evening. There are also various daytime attractions which has become even more spectacular, such as the city’s traditional markets – each replete with sights and flavors. Meanwhile, the huddled houses of Gamcheon Culture Village add to Busan’s appeal with their colorful roofs and murals. 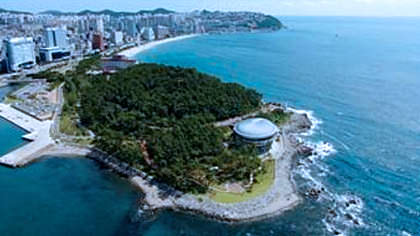 The biggest gateway to Korea

Incheon, home to the Port of Incheon and Incheon International Airport, is the main gateway to Korea. It is also the most frequently visited city by foreigners, as it connects them with neighboring Seoul. With Chinatown which was built during the Qing Dynasty, 150 islands nearby, theme parks, and filming sites, Incheon is a popular tourist destination in Korea. The Port of Incheon is accessible within one hour from downtown Seoul by bus, subway, and airport railway. 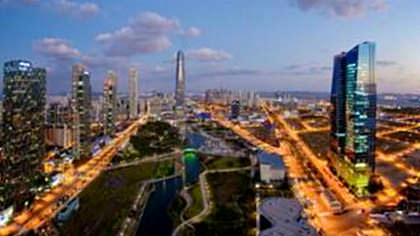 A TRIP TO SEOUL FROM INCHEON

In 1899, the first railroad in Korea was built between Incheon and Noryangjin, which is now used for Subway Line 1. It takes about an hour by subway from Incheon Station to Seoul Station. Incheon, known as the gate to Seoul, is close to the capital city, so a day trip to Seoul is recommended for visitors.
Seoul has been the capital of Korea since 1392. It has become a mega­lopolis with a population over 10 million people living in the metro­politan area. Seoul is the center of politics, culture and economy with over 600 years of history. Take a day trip to explore the history and culture of Seoul and feel the true charm of the city.

Yeosu is a beautiful maritime city with an uncontaminated sea and more than 300 islands. The islands in front of the port serve as a natural breakwater. The port is equipped with excellent natural conditions, having deep water in a large harbor area. Various facilities necessary for the arrival and departure of visitors are available, such as a quarantine station, a custom house, an immigration office, a passenger terminal, etc. 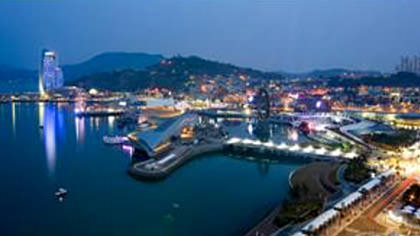 A TRIP TO JEOLLA-DO FROM YEOSU

Jeolla-do, located in the southwestern region of Korea, is a great place to taste and enjoy Korean tradition, cuisines and arts. Al­though the region is divided into two administrative districts: Jeollanam-do and Jeollabuk-do provinces, both provinces have well-preserved nature, as well as an ambience deeply saturated in tradition that travelers can certainly enjoy an experience com­pletely different from traveling in big cities.
Take a train at the Yeosu EXPO Station to start off a one-day ex­cursion and head for areas in the one-hour proximity to taste Jeol­la-do provinces’ savory foods as well as its quaint beauty and arts. Awaiting you is a unique, wonderful day, which is unimaginable in cities or ports.

Gangwon that features beautiful scenery of coastline has Sokcho and Donghae as its main ports. Sokcho Port is an important traffic center of northeast Asia that connects Northeast China, fareast Russia, and the west sea region of Japan. It became a representative port of Gangwon-do Province since the coastal rout through the area was developed in 1905. In the port is the naturally-formed lagoon Cheongchoho Lake. It is used as the inner harbor of Sokcho Port. By using the lake as the inner harbor, outer influence is minimized, which stabilizes berthing. A notable aspect of Donghae Port is that it was built on a grand scale in 1979 for the trading of natural underground resources. 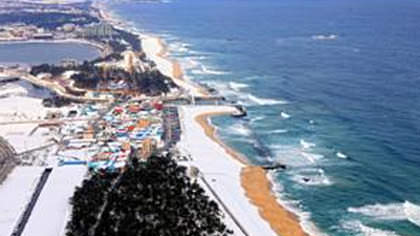 A TRIP TO PYEONGCHANG FROM DONGHAE PORT

The 2018 Winter Olympics will be held in Gangwon-do Province from Febru­ary 9 to 25 in 2018. Pyeongchang, Gangneung, and Jeongseon, which are in the middle of preparations for the Olympics, are famous tourist destinations visited by people who want to enjoy the great scenery, culture and history. To feel the excitement for the upcoming event, take a journey to the Alpensia Resort, the main venue for the Winter Olympics in Pyeongchang, and Gang­neung, which will hold ice sport competitions during the Olympics period.