Every year there is a Christmas festival held in Nampo!
It’s the perfect cure for homesickness at this time of the year.
The atmosphere was brilliant and will definitely end your holiday blues. 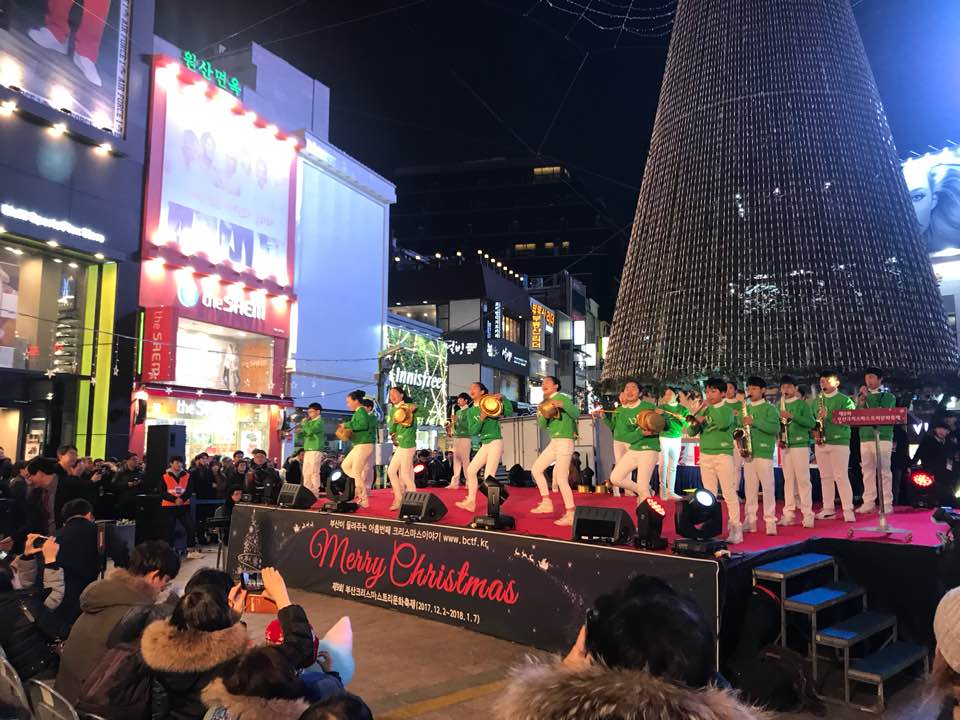 We first arrived early to ensure we had a good spot next to the tree. There were various performances by groups of children from surrounding schools and performance arts centres! They sang some traditional carols and were all amazing at dancing. 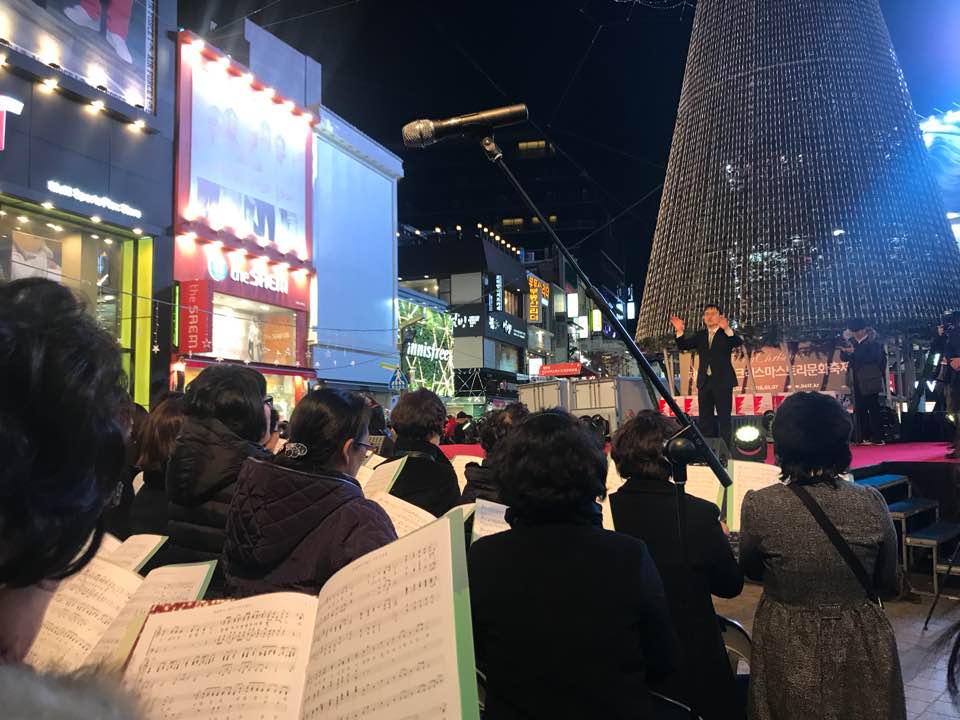 After that, hymn sheets were passed out and we were all encouraged to sing along. Most of the hymns were translated to Korean but it was so nice to hear the whole street singing and wishing each other a Merry Christmas! 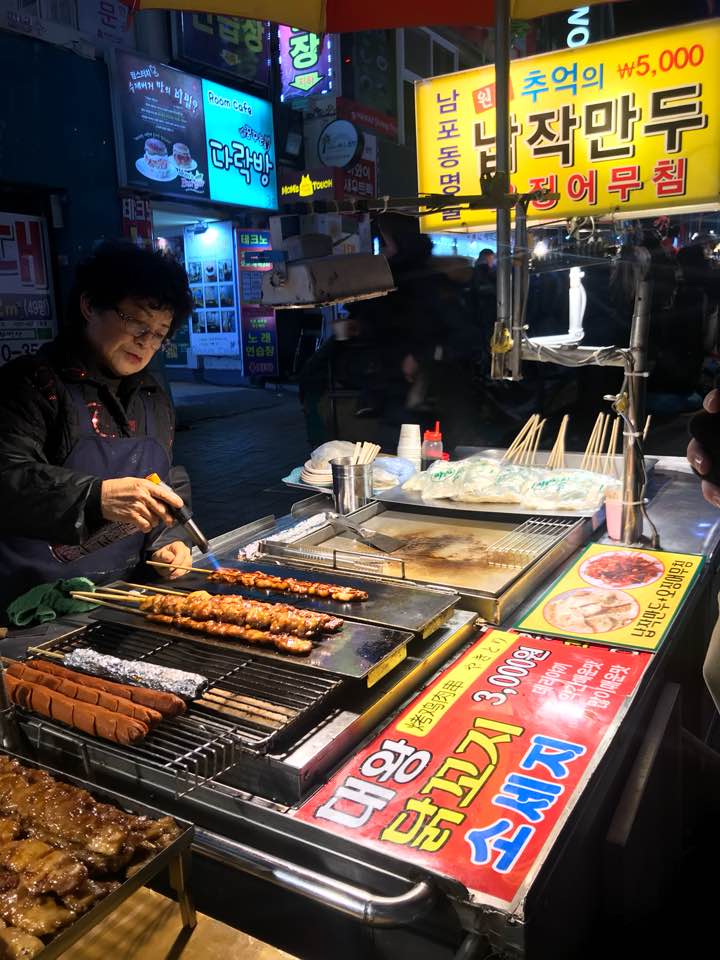 Next, there was a parade that left from the main street and circled the area. The parade was full of military bands and again, more hymn singing! During this time, we took the opportunity to walk around Nampo and try some of the amazing street food on some of the less busy streets! The women working at the stalls here were so friendly and encouraged us to try everything they had to offer. I suggest you take a look round some of these markets if you are ever in Nampo at night. The atmosphere is great and the food is delicious. 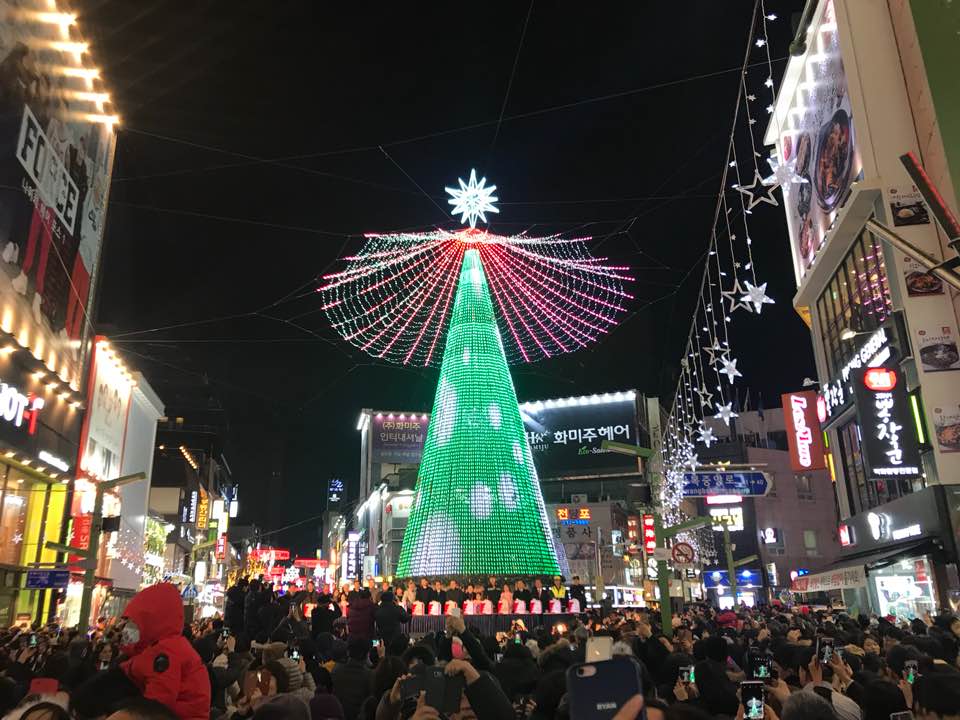 Once we had finished eating we headed back to the main street in time for the lights to be switched on. It reminded me a lot of Christmas festivals back home, there are street vendors selling light up sticks and Christmas hats. Everyone started counting down and once we got to 0, the whole street lit up like you wouldn’t imagine! The main attraction is the massive tree placed right in the centre of the street. 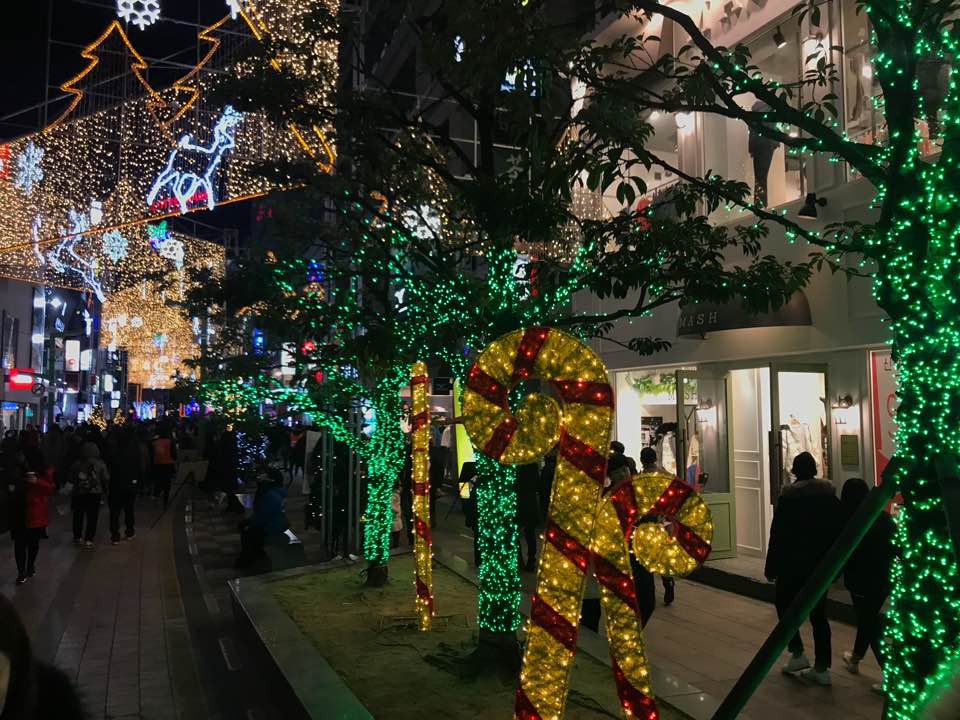 The streets leading out from the centre tree are filled with lights and brilliant photo opportunities such as the light up angle wings! We took a walk down the crowded street, stopping occasionally to listen to some buskers that were performing. These streets in Nampo are a well known spot for buskers and they definitely helped set the atmosphere at the festival. 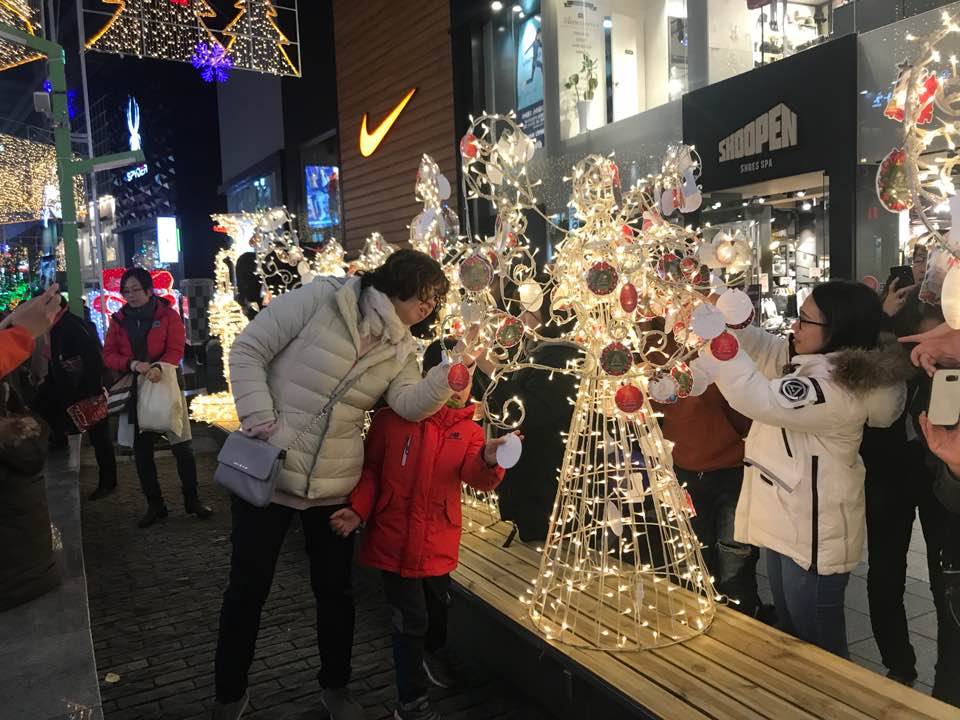 There are also a few activities to do during the festival. There are various places for you to write your wishes for the upcoming year and attach them to trees. The streets are often lined with market stalls during the weekend, there you can get your portrait drawn, try some local candy and fill up on some more delicious food.

*The posting was written on 4th December 2017

Hello! My name is Emma and I’m currently living in Busan, South Korea.