After breakfast in Andong, we drove up to Taebaek. 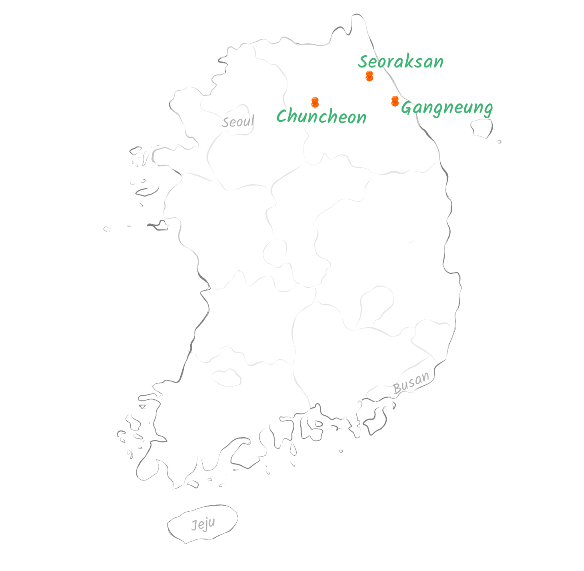 Sitting in the mountains at about 700m above sea level, it is the highest city in South Korea. The city itself is quite small and therefore it is very walkable, but the height made it much colder! So after a short tour we dived into a nice, warm restaurant to fill up on gimbap (seaweed rolls) and mandu (dumplings).

Next, we visited Hwanseon Cave, one of the biggest in Asia and just a short drive from the city. The entrance of the cave is set into the side of a mountain which takes about half an hour to hike. Or there’s the monorail, which took us swiftly up in about 5 minutes. Inside is pretty spectacular. The walkway takes you through vast caverns and over the aptly named ‘Bridge of Hell’. Our tour of the cave was quite short, as we arrived there quite late. We only had 20 minutes before they closed for the day. So sadly, all my photos turned out too blurry! (Don’t worry, Danny – we’ll add one from our gallery!) 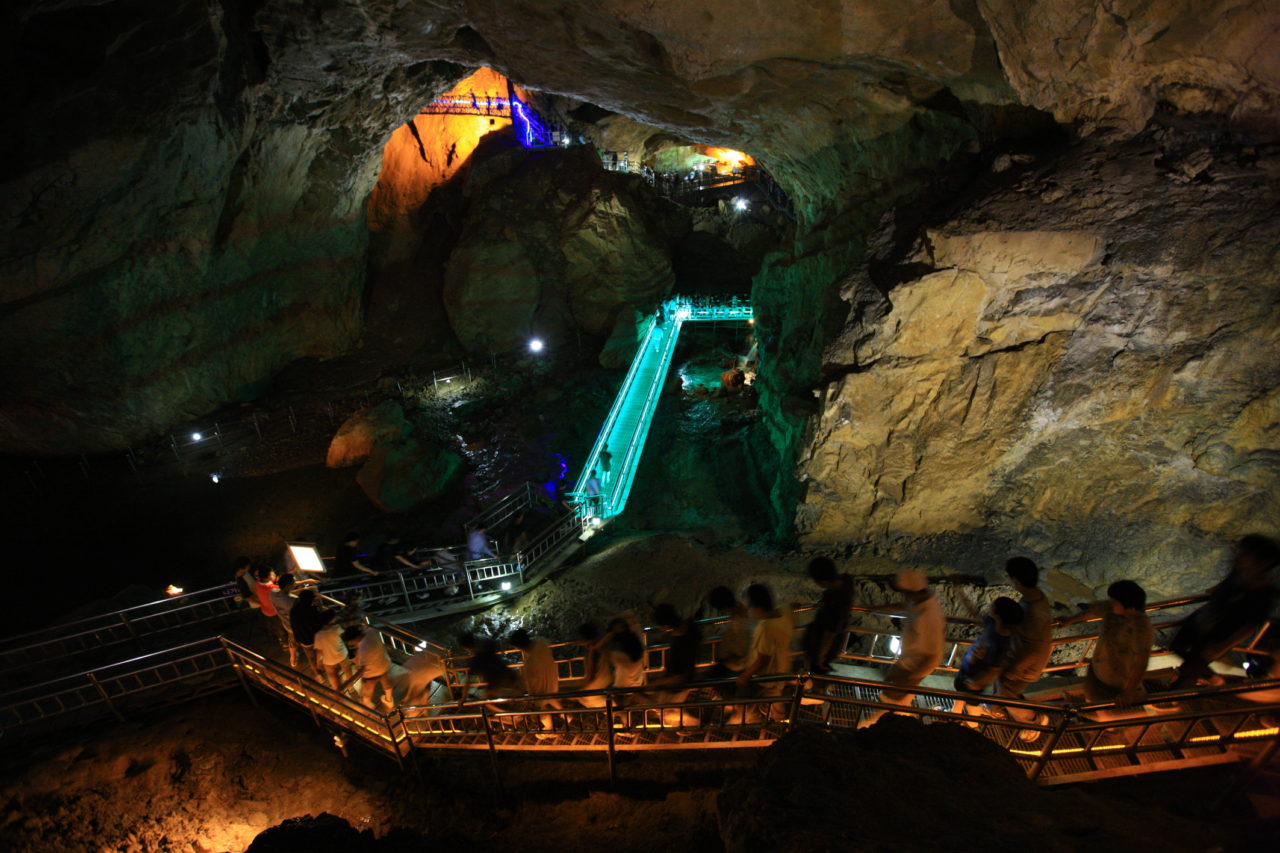 Coming out of the cave, we drove down the mountains towards Gangneung on the coast to stay for the night. Our guesthouse was only a 5 minute walk to Gyeongpo Beach. We spent the evening on the beach, walking along the boardwalk and having a lovely meal at a nearby restaurant. There were a few people out shooting fireworks into the sky and enjoying the sound of the waves, but the colder weather meant the beach was quite calm. It was a lovely beach to walk along. During the New Year, this beach is a popular destination to watch the first sunrise over the East Sea. 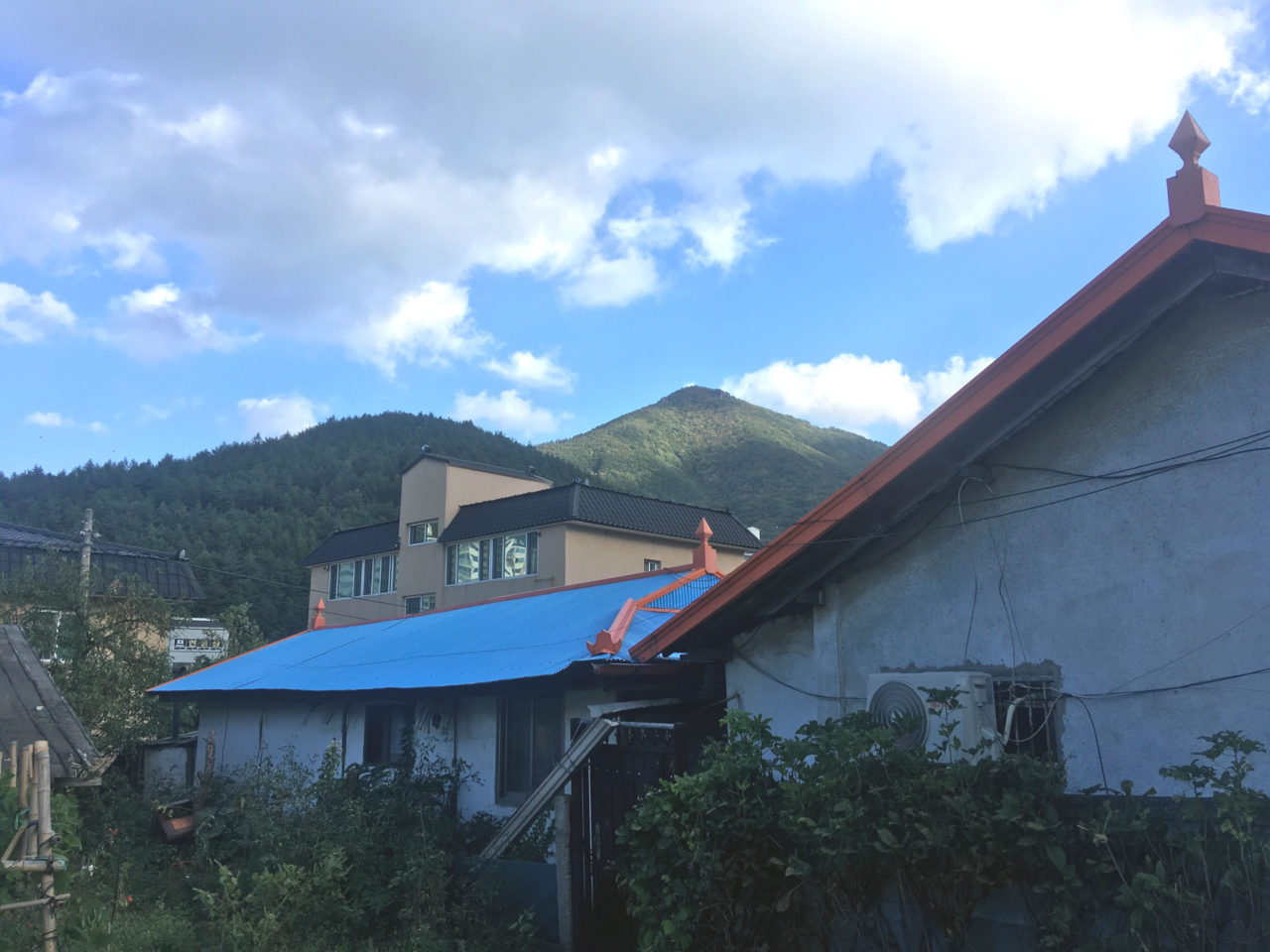 The next day we headed north into Yangyang, which has some beautiful beaches popular with surfers, then drove inland to Seoraksan National Park. We had found a cabin up in the mountains of the park to stay for the night. The drive through the park was beautiful. The road snaked high up into the mountains, rewarding us with some spectacular views. On the clear day it was, we could see right across the mountain range – the reds and yellows of Autumn were starting to appear and work their way down to the valleys below.

The cabin was set in an idyllic location at the foot of a small mountain. We decided we would hike up the mountain before the sun set, grossly underestimating the time it would take. It was steep and the trees were so thick it made it impossible to see where the peak was. But we carried on, eventually reaching the top exhausted and sore-legged. We collapsed when we got back to the cabin that evening. 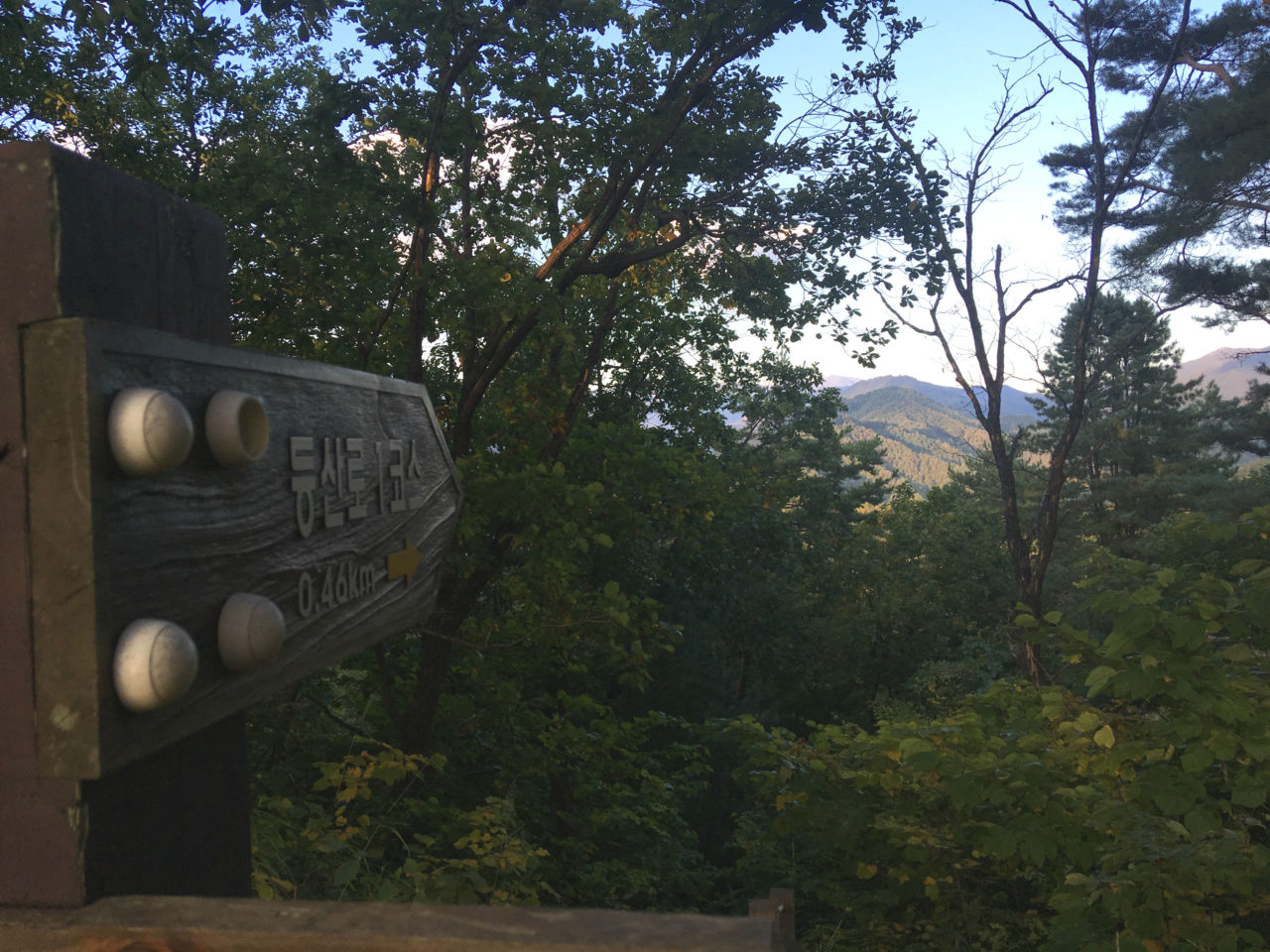 Our next destination was Chuncheon, the capital of the Gangwon Province. It took us about 2 hours to get there from Seoraksan National Park and it’s about another 2 hours to drive to Seoul from here, or 1 hour on the subway. Set beside a lake, Chuncheon is popular for those wanting a bit of nature with their city break and is especially pretty at Autumn. We spent the afternoon down by the lake taking in the sights before going to a PC room. They are lot of fun if you want to kill a couple of hours. 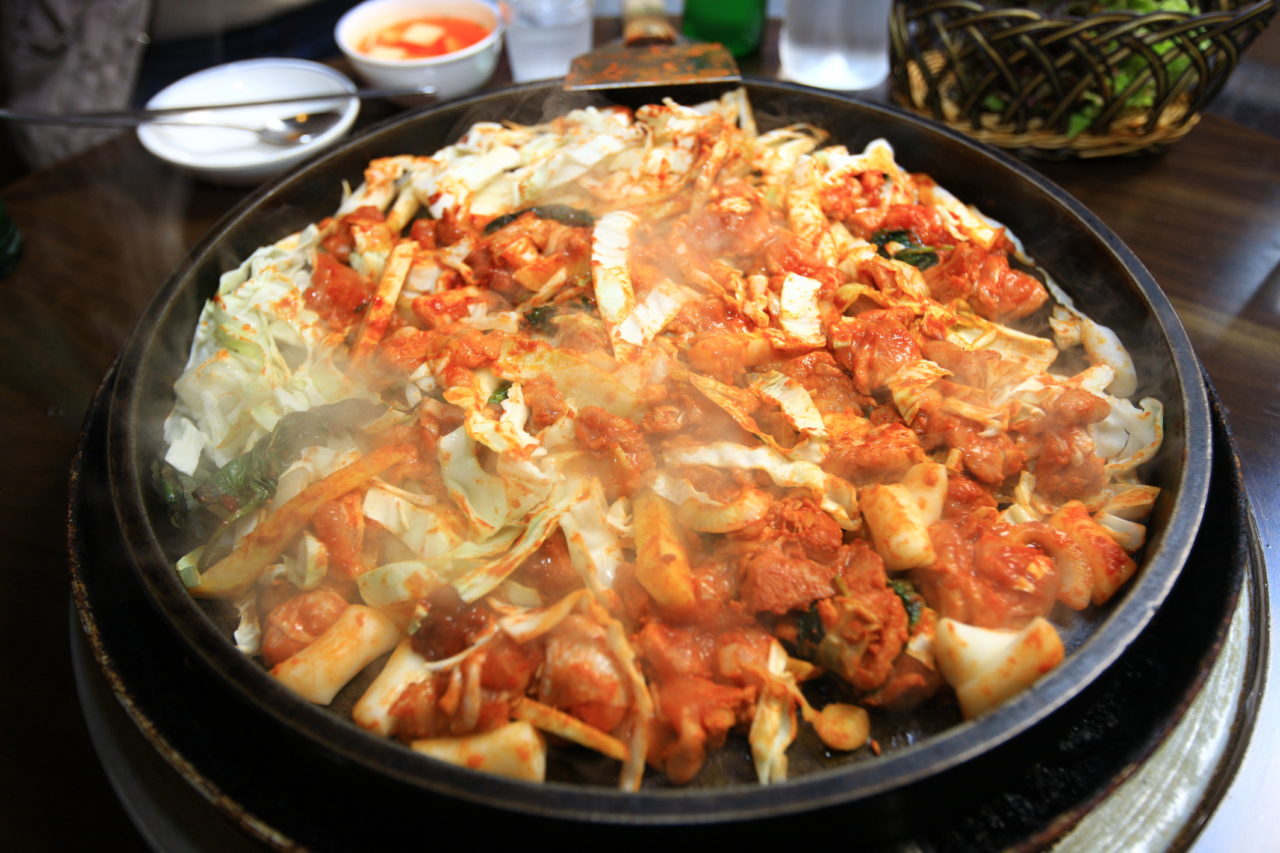 In the evening, Myeongdong Street was bustling with activity. We took the chance to sample some of the local cuisine. There is a whole street dedicated to dakgalbi, a chicken dish which is cooked in a huge pan on the table, and we finished it off with makguksu noodles. We hit the Noraebang (karaoke) to see off the night. The next day we would go to Seoul.