It was late Se 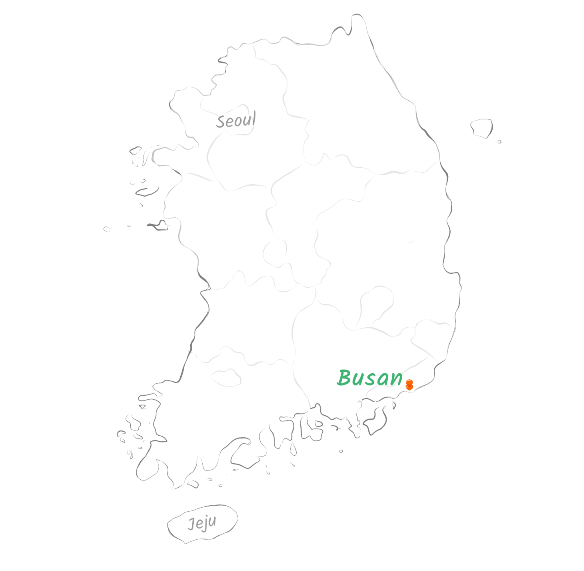 ptember when we arrived in Busan. As we crossed into the city, the sun reflected off the tall, glass buildings. We would stay in Haeundae for two nights, within walking distance of the famous beach, so I was thankful for the good weather. After spending much of our time in small towns and countryside for the past week, it was nice to be in a big city.

We arrived at our apartment, figuring that parking would be a simple underground ordeal. However, we stood there trying to figure out how to get the car into the building’s parking elevator system, thankfully figuring it after about half an hour of pushing buttons. 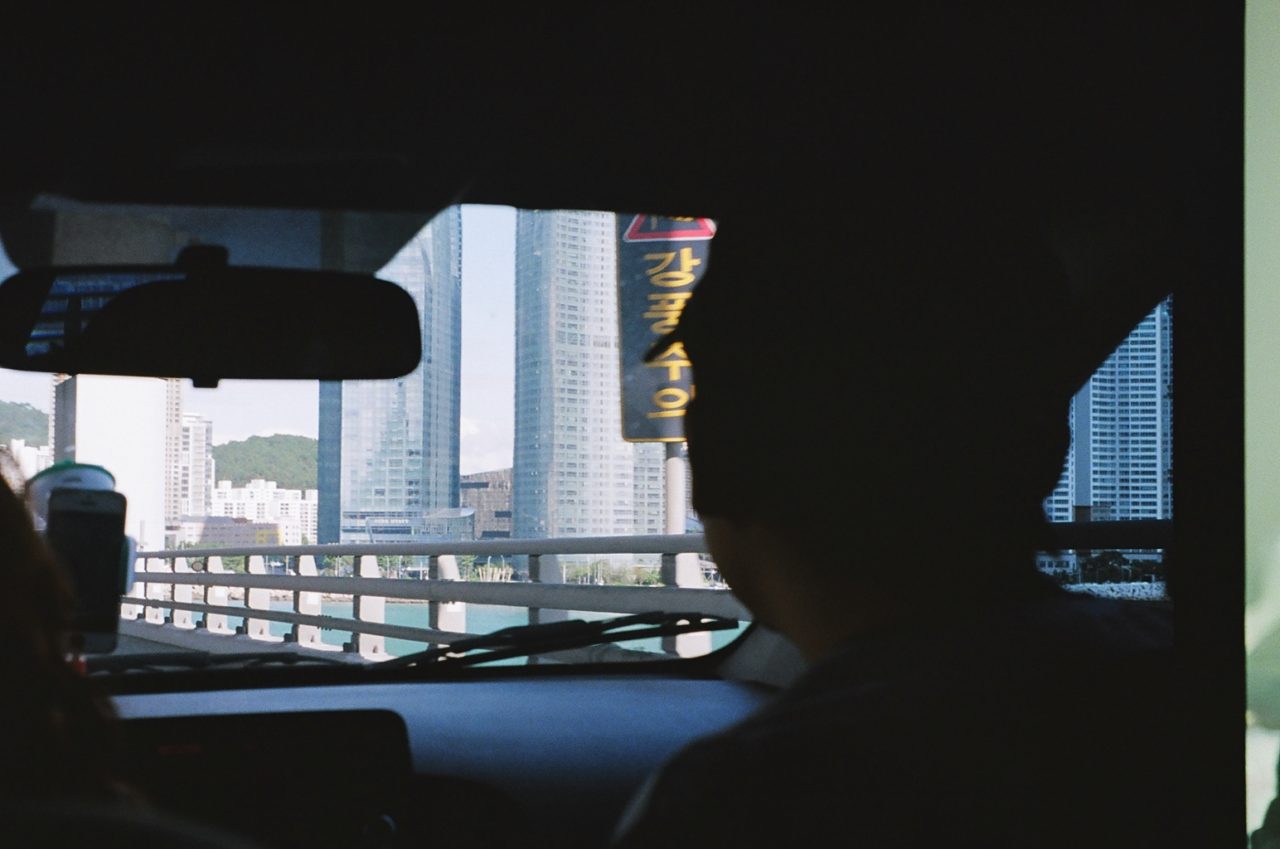 Following a restful afternoon, we headed down to Haeundae Beach in the evening. What immediately struck me were the brightly-lit buildings coming right up to the edge of the shore, illuminating the beach, which was buzzing with crowds enjoying the warm evening. We met up with another friend here, who would join us on our trip for a few days, and went for some Korean BBQ. After dinner, we joined the crowds of people on the beach, which was full of activity. People were lighting fireworks, poking about with metal detectors and sitting, listening to the waves. Fireworks are a popular evening beach activity in Busan, with vendors offering them for cheap up and down the beach. We purchased some and joined in with the evening antics. 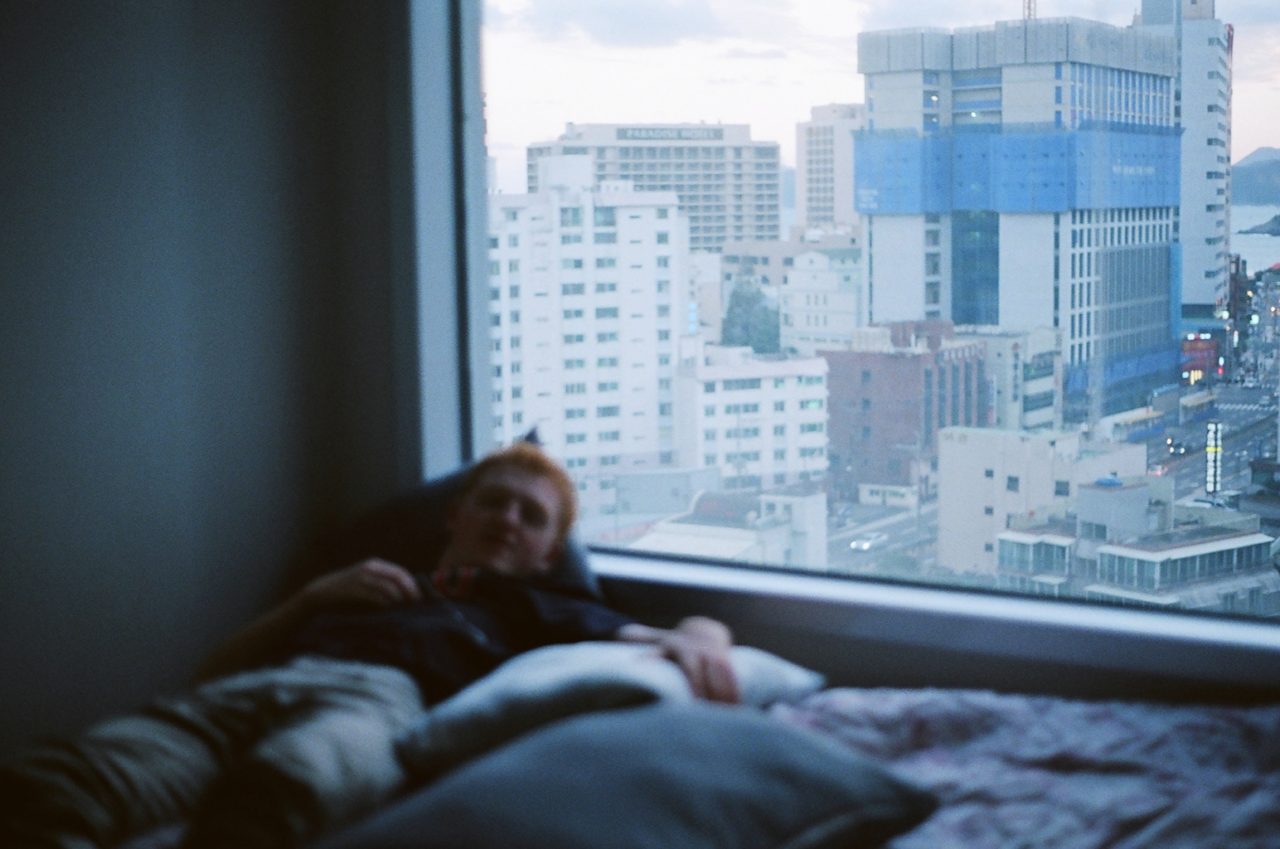 Relaxing at our apartment

Despite the nice weather the day before, it was a bit gloomier on the second day in Busan, but we were determined to go for a swim. I had seen pictures of Haeundae Beach in the summertime, absolutely packed with people, but there was nobody in the water that afternoon. Putting it down to the summer swimming season having passed and it looking a bit choppy, we got in anyway, only lasting about 10 minutes before a lifeguard came running down the beach whistling at us to get out. Apparently a typhoon was passing over Japan, which was making the waters a bit dangerous to swim in. Sometimes it’s good to follow the crowds. 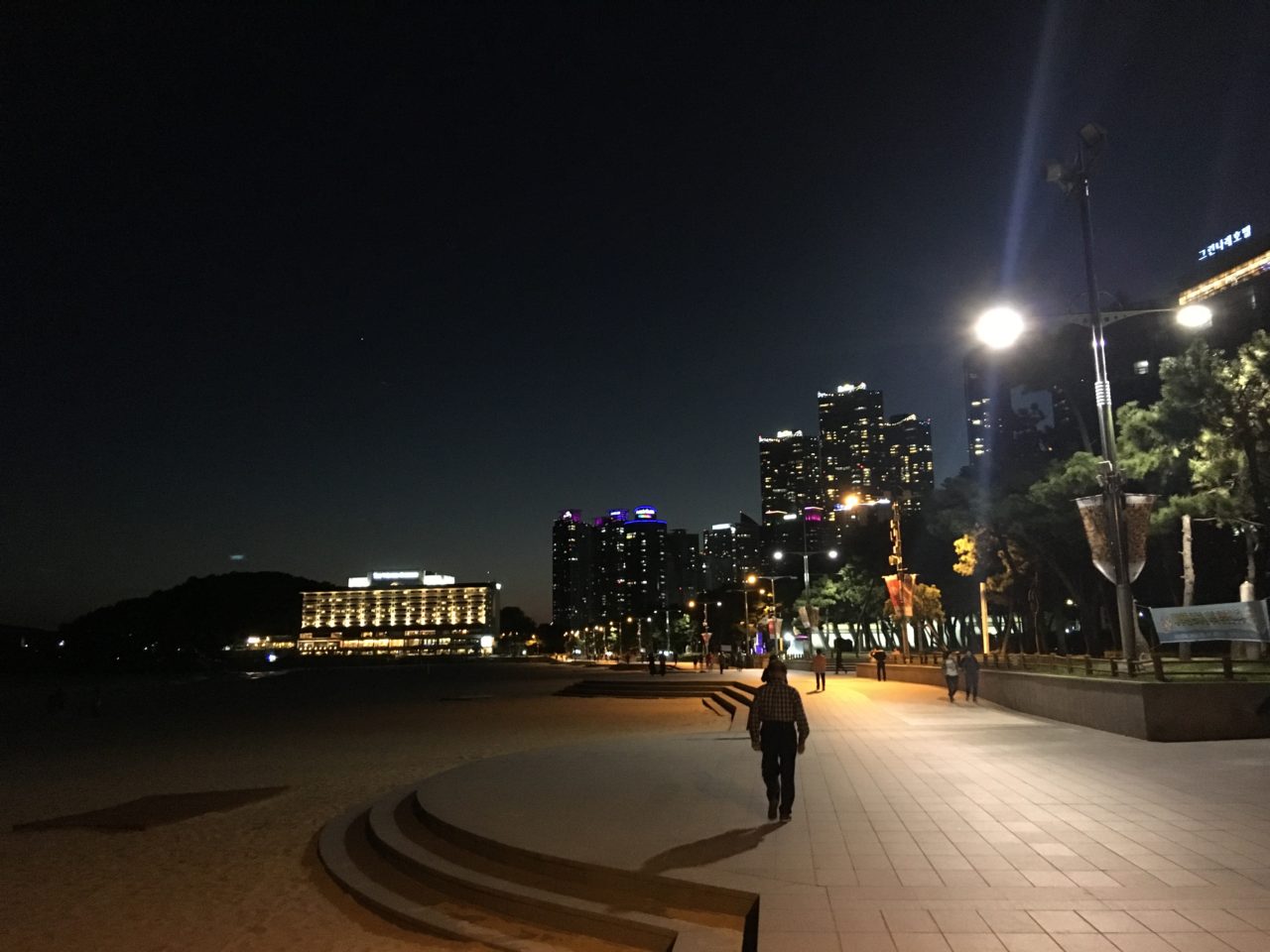 We spent that evening at The Bay 101, a sort of night life hub located just at the western end of Haeundae Beach. It’s popular at night time and a great place to spend a warm autumn evening due to the cafes, pubs and restaurants with plenty of outdoor seating to offer spectacular views of the night lights of Busan. We grabbed a bite to eat here, enjoying the relaxed atmosphere for a couple of hours before heading back to our apartment to turn in for the night, ready to hit the road again the next day – our plan being to drive up the east coast to Gyeongju, the ancient capital of the Silla Kingdom, and then drive over to Daegu to stay the night. 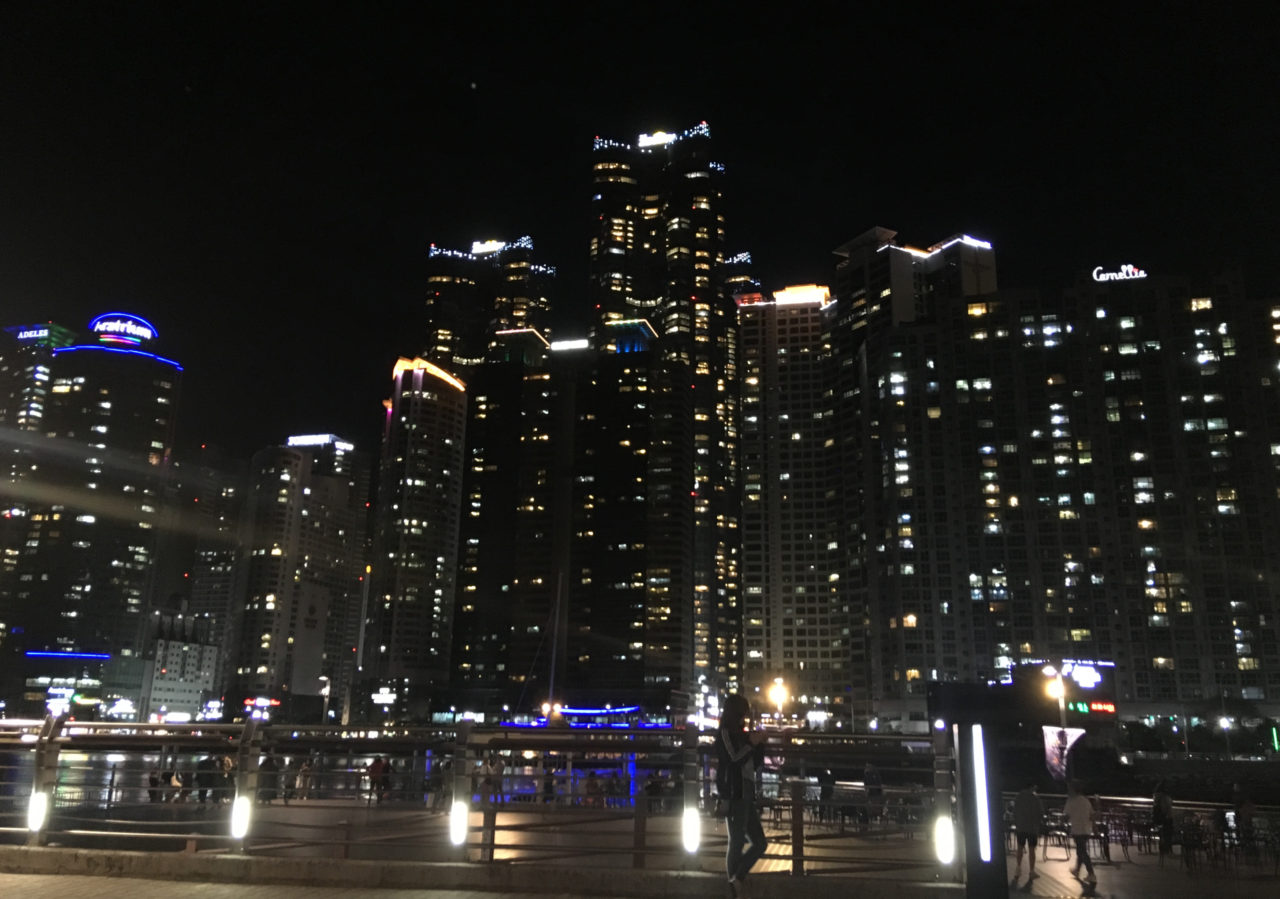