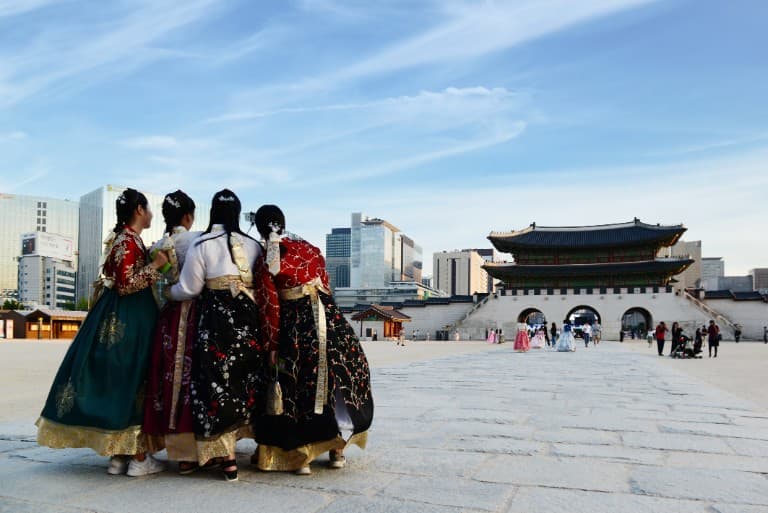 Gap years are all about shoestring travel and getting the most bang for your buck, and a trip to Korea isn’t going to break the bank. A night in a hostel in Seoul can start from as little as £7, and a delicious meal can easily be found for less than a fiver – but if you want your pennies to go even further, you can grab some street food or ramen for even less. A bottle of soju, Korea’s beloved alcohol which is also the world’s most-sold spirit, will set you back just over £1 from a convenience store.

A standard bus or subway journey in Seoul is about 90p, and a huge number of the city’s attractions are free of charge. There are lots of fun ways to save money, too – entry to Seoul’s palaces is free if you’re wearing traditional Korean clothing (hanbok), for example! 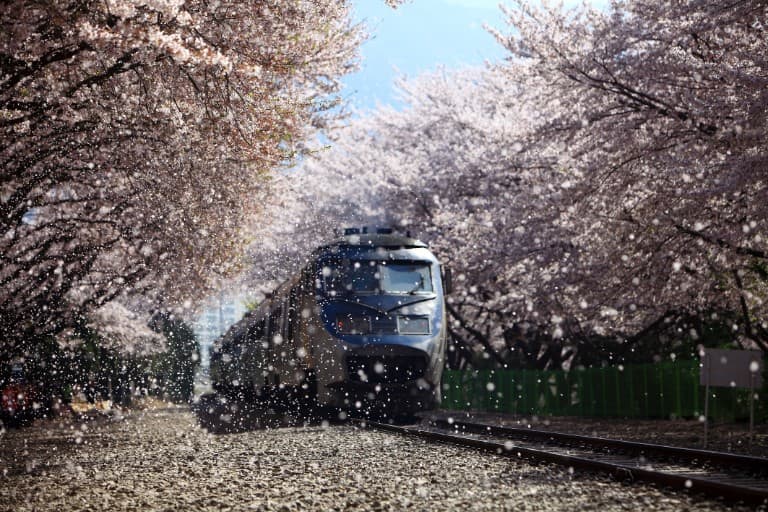 Korea’s proximity to other countries means that you can easily travel elsewhere in Asia in next to no time. Flights to neighbouring countries like Japan and China only take a couple of hours, with flight time to Southeast Asia starting at roughly 5 hours. Incheon International Airport can connect you across the world, and has been voted the best airport in the world by Airports Council International every year since 2005. With an ice-skating rink, museum, cultural experience facilities, a spa, a cinema, and robots to help you check in, it’s not hard to see why. However, if you’re looking for a more adventurous journey, why not take an overnight ferry to Japan, China or Russia instead?

The country’s size also means you can travel anywhere in the nation in just a few hours. Its transport links are extensive, with every major city reachable by KTX, the high-speed train network. Slower trains reach additional destinations and are a little more budget-friendly, but the cheapest and simplest option for travel within the country is via bus. A bus journey from Seoul to Busan starts from less than £20 and takes around five hours, providing a great opportunity to kick back and enjoy some of the country’s gorgeous scenery. 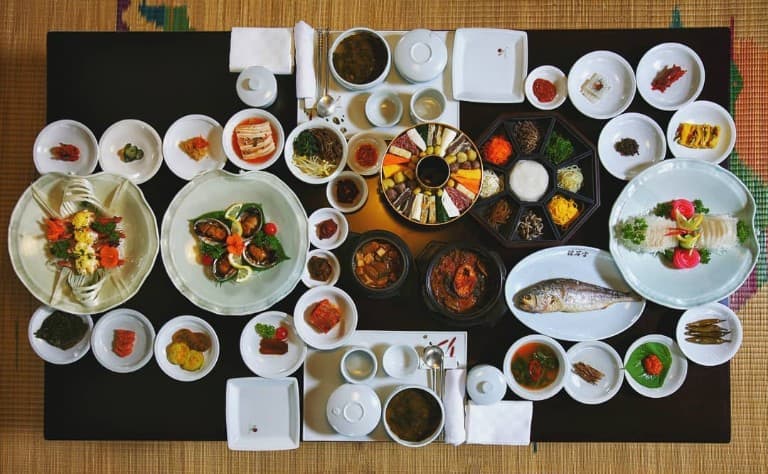 If you’re a foodie, Korea is undoubtedly one of the best destinations in the world. From cook-it- yourself Korean barbecue to sprawling traditional banquets, food in Korea is a much a treat for your eyes at it is for your taste buds.

Relive your Oldboy fantasies by trying san-nakji (live octopus) at Noryangjin Fish Market in Seoul. For those not quite feeling brave enough to have an octopus wriggling around in your mouth, why not try bibimbap, a delectably spicy mix of rice and vegetables chosen as one of Lonely Planet’s top 10 world food experiences?

Of course, no trip would be complete without sampling some of Korea’s famous fermented cabbage dish, kimchi, but fear not – kimchi and a range of other side dishes (known as banchan) come free with every meal, and restaurants usually offer unlimited refills, too. 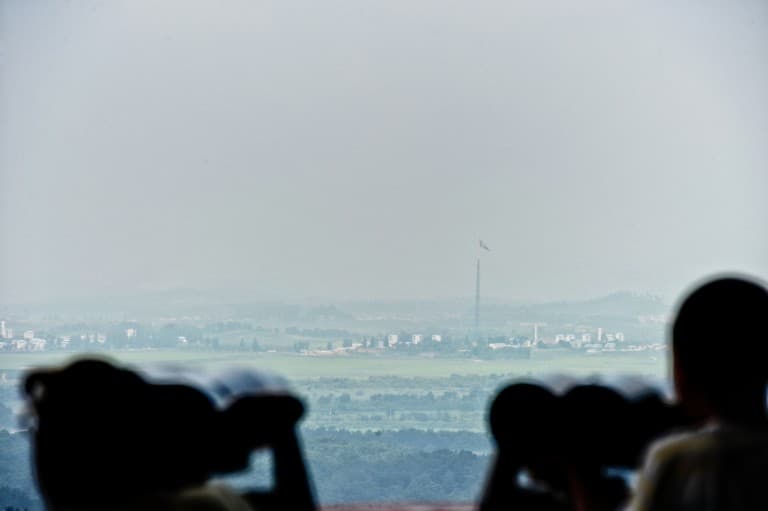 While Korea might not be the first place that springs to mind for adventure travel, there are plenty of exhilarating experiences to be had. Asia’s longest zipline? Check. Surfing near the North Korean border? Sure thing. Skiing at a Winter Olympic resort? No problem. You name it, Korea’s got it.

For a closer look at North Korea, you can also join a tour to the DMZ (Demilitarised Zone). Here you’ll learn all about the division of the Korean Peninsula, and if you visit the Joint Security Area (JSA) at Panmunjeom, you’ll even get the chance to step into North Korean territory. Just make sure you follow the rules laid out by your guide! 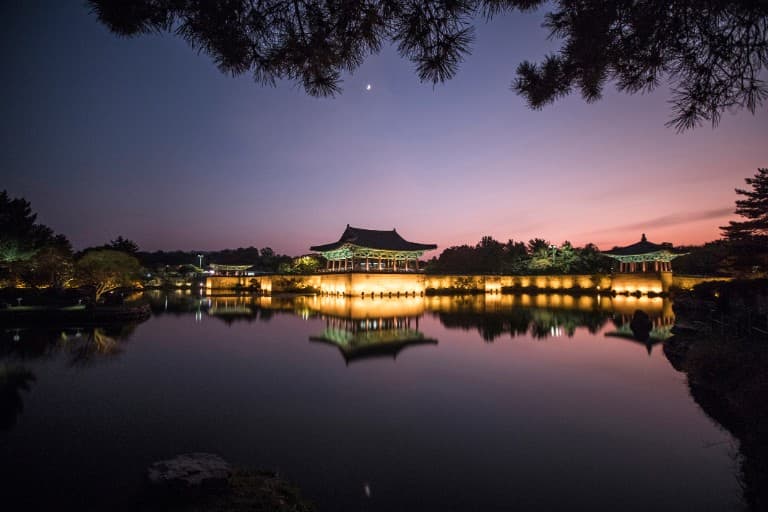 Though often defined by the events of the 20 th Century, the Korean peninsula has a vast history dating back thousands of years – traces of which are evident throughout the nation. To fully immerse yourself, head to Gyeongju and explore this ancient capital’s many UNESCO World Heritage sites to find out why it’s known as ‘the museum without walls’.

For an insight into the traditional way of life, stay at a traditional Korean house known as a hanok, or take part in a templestay at one of the country’s many temples to learn more about Korean Buddhism. Visit Jeju Island to find out more about the famous haenyeo women divers, who have been fishing without oxygen for hundreds of years.

If more recent history is your thing, you can explore some of Seoul’s fascinating museums like the War Memorial of Korea and Seodaemun Prison Hall. For a closer look at the division between North and South, a DMZ tour is a must. 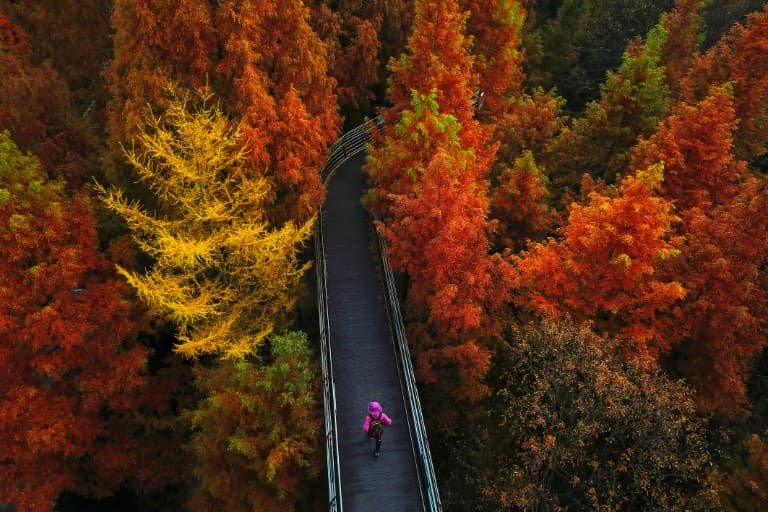 Despite its small size, Korea has everything from mountains and ski resorts to mud flats and tropical volcanic islands, and this makes it a great destination for any time of year. In spring, there are cherry blossom displays that easily rival those of Japan; summer is the perfect time to head to one of Korea’s countless pristine beaches; autumn foliage provides a breathtaking backdrop to one of the nation’s favourite pastimes, hiking; and winter, meanwhile, is ideal for layering up and venturing to Gangwon-do, the province that recently hosted the Winter Olympics, for skiing, snowboarding, and more. 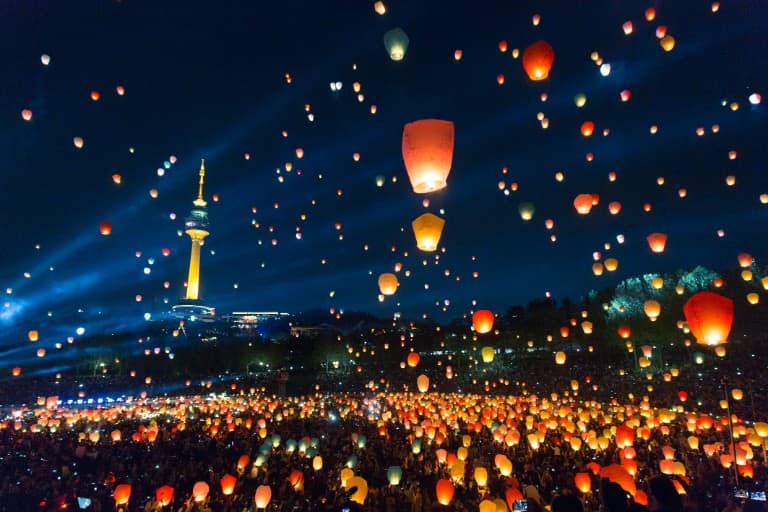 Korea has hundreds of festivals throughout the year, themed around everything from music and beer to ice-fishing and fireflies. Whether you want to wrestle in mud at the Boryeong Mud Festival, take part in a real-life scene from Tangled at the Daegu Dalgubeol Lantern Festival, see the so-called ‘Moses Phenomenon’ at the Jindo Miracle Sea Road Festival, or battle in an enormous water gun fight at the Sinchon Water Gun Festival, Korea’s got you covered. Plus K-pop fans can attend concerts and festivals throughout the year, which feature some of the top names in the industry and often offer free tickets for tourists! 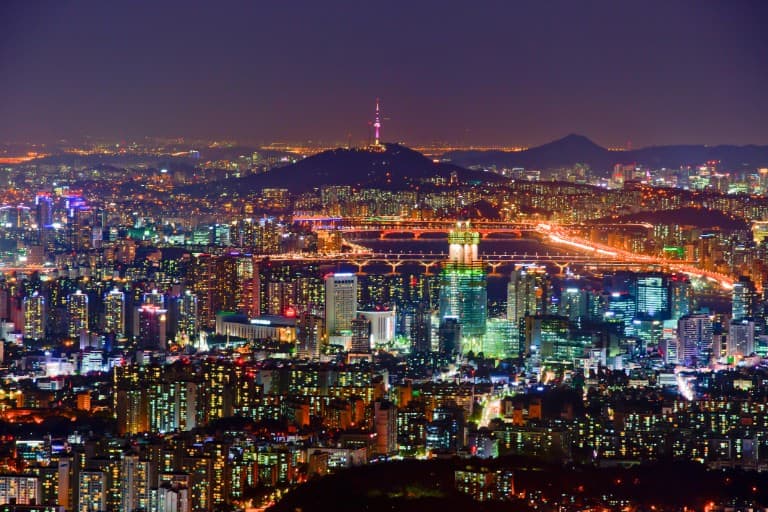 A night out in Korea is unlike any other, with options to suit any budget. Drinking usually starts at dinner, and often continues until the next morning. For a night on a shoestring, why not grab some friends and head to a convenience store (where you can drink beer and soju, Korea’s beloved and budget-friendly spirit, to your heart’s content) before a late-night noraebang (karaoke) session?

While in Seoul, make your way to the student neighbourhoods of Hongdae and Sinchon for cheap bars and affordable clubs. For those wanting a night of luxury, head to the wealthy Gangnam (yes, that Gangnam) district, where you’ll find plenty of options, including one of the biggest clubs in the world.

If partying isn’t really your thing, fear not! Korea is a 24/7 nation, which means that cafes and
convenience stores are always open, you can go shopping or watch a movie at 1am, and many
restaurants stay open until dawn. 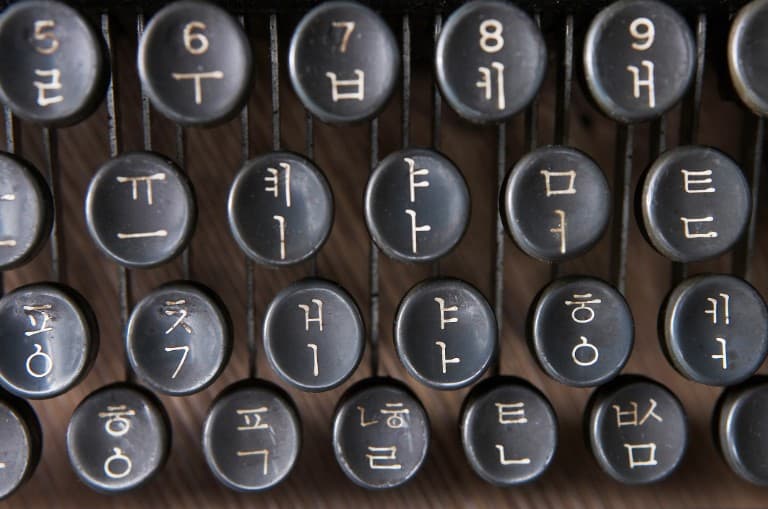 As in most countries, hostels are by far the best places to make new friends both local and international. In addition to other like-minded travellers, Koreans are some of the nicest people you will meet, and are usually delighted to share their country, culture and language with you. Language meet-ups are frequent and easy to attend, and are a great way to meet new people and learn a bit of Korean. If you’re interested in studying the language in more depth, then visitors on a working holiday visa (more info below) can also enrol on one of the many Korean language programmes available. 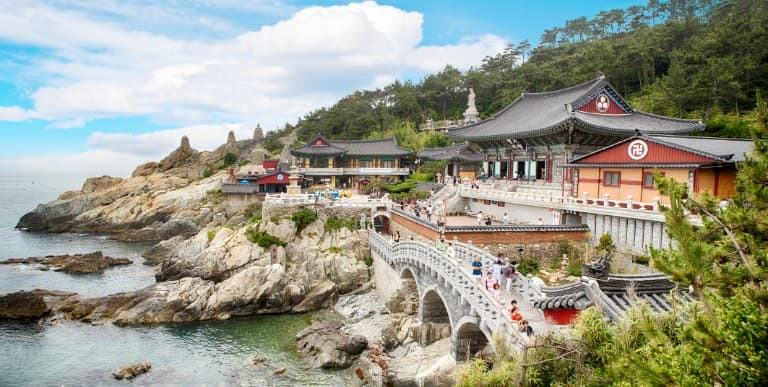 Busan, the nation’s ‘second city’, has just been voted Lonely Planet’s number one destination to visit in Asia for 2018, meaning there’s never been a better time to visit. Home to stunning beaches, delicious seafood, hidden coastal and mountain temples, the world’s biggest department store, glittering nightlife to rival that of the capital, and even one of Asia’s most notable film festivals, this diverse city truly has something for everyone.

UK passport holders can visit South Korea visa-free for 90 days. Interested in staying longer? 1,000 working holiday visas are granted to UK citizens aged 18-30 each year. This visa entitles the holder to stay for up to 1 year and work 25 hours per week. More information can be found at the Embassy of the Republic of Korea’s website.